Kom el-Khamaseen is a necropolis of the late III millennium located 3 km west from the pyramid of Djedkare Isesi, in the archaeological area of Saqqara. Its location is precisely one of the most disconcerting aspects of this site, since the Old Kingdom cemeteries are located in desert areas close to the farmland.

From the material analyzed so far it has been concluded that Kom el-Khamaseen is a necropolis dating from the end of the Old Kingdom and the beginning of the First Intermediate Period, the moment when the Egyptian State fell and disintegrated for the first time in its history.

Among other characters, a high member of the court was buried there in a monumental tomb: Imephor, high priest of the god Ptah of Memphis. His political and administrative career is unconventional, maybe due to the troubled moment that he lived and, perhaps, managed.

Help us make the project possible

Documentation campaign of the findings at the Kom el-Khamasin site 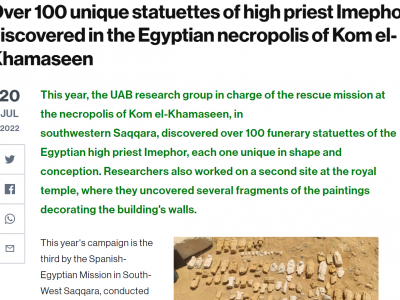 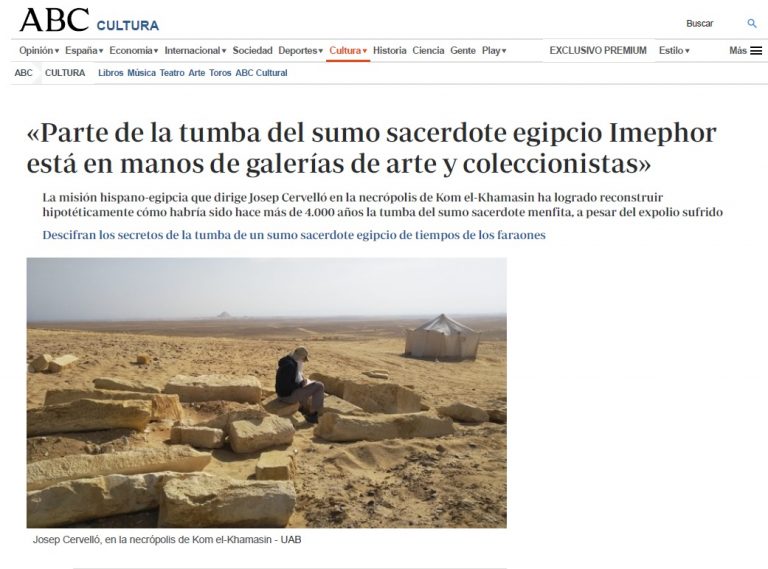 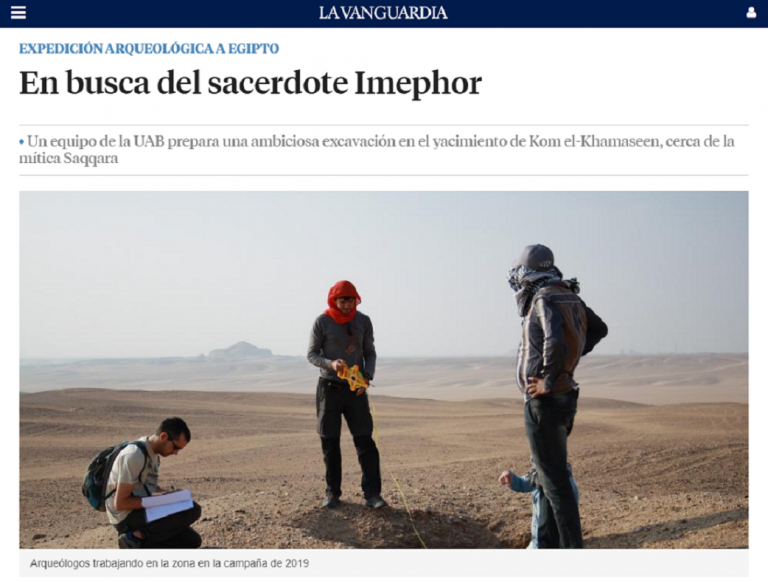 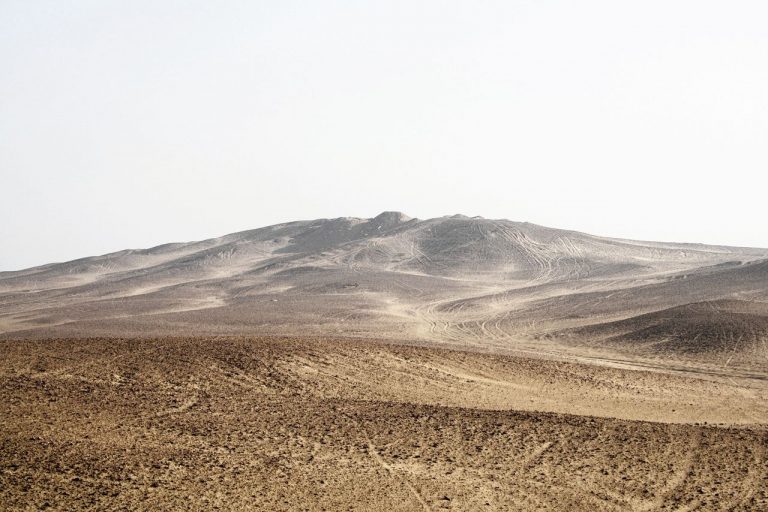