The 2019 season of the Spanish-Egyptian Mission in South-West Saqqara has been carried out from June 2 to 28 of this year 2019, after its approval by the Supreme Council of Antiquities of Egypt.

The work has focused on the archaeological and topographical survey of Kom el-Khamseen and the wide surrounding area. As for the survey work, we have carried out a walking and detailed tracking of the terrain, with the support of aerial photographs and satellite programs for terrestrial surface viewing, in order to record other possible archaeological sites and remains.

At the end of the season, the survey of the entire concession has been completed. It has allowed us to discover, survey and mapping different sites with archaeological structures and remains throughout the area. Indeed, a total of 6 sites, dating between the Paleolithic and the Byzantine Period, and 4 localities with scattered archaeological remains, all of them unknown until now, have been discovered and located in the cartography. The most significant of these new sites will be excavated in coming seasons. 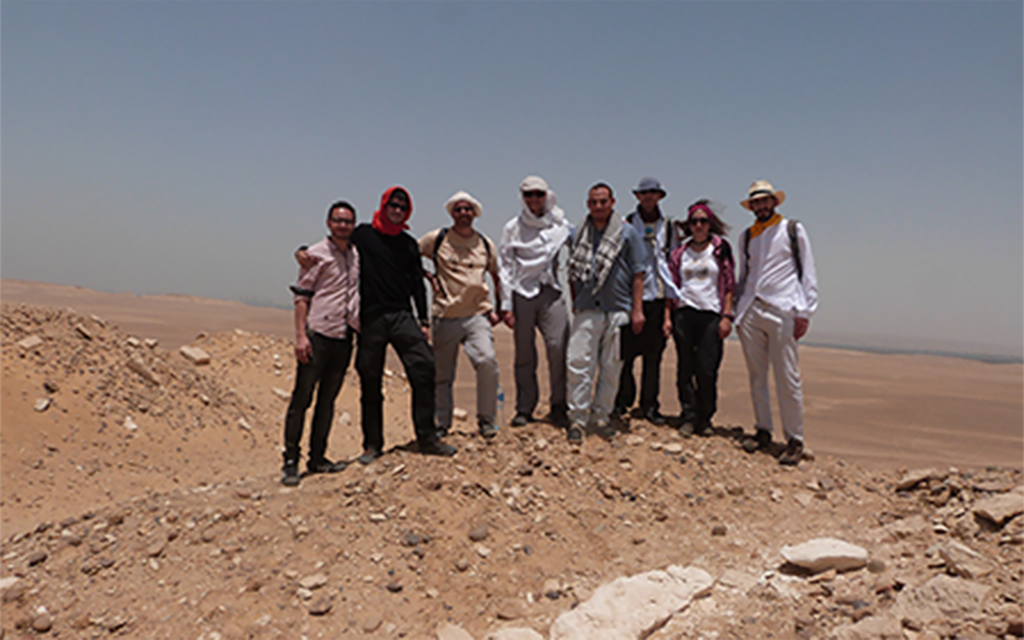 The 2021 season of the Spanish-Egyptian Mission in South-West Saqqara will be carried out (as long as the health situation does not discourage it) in the coming months os April and May.

Help us make the project possible