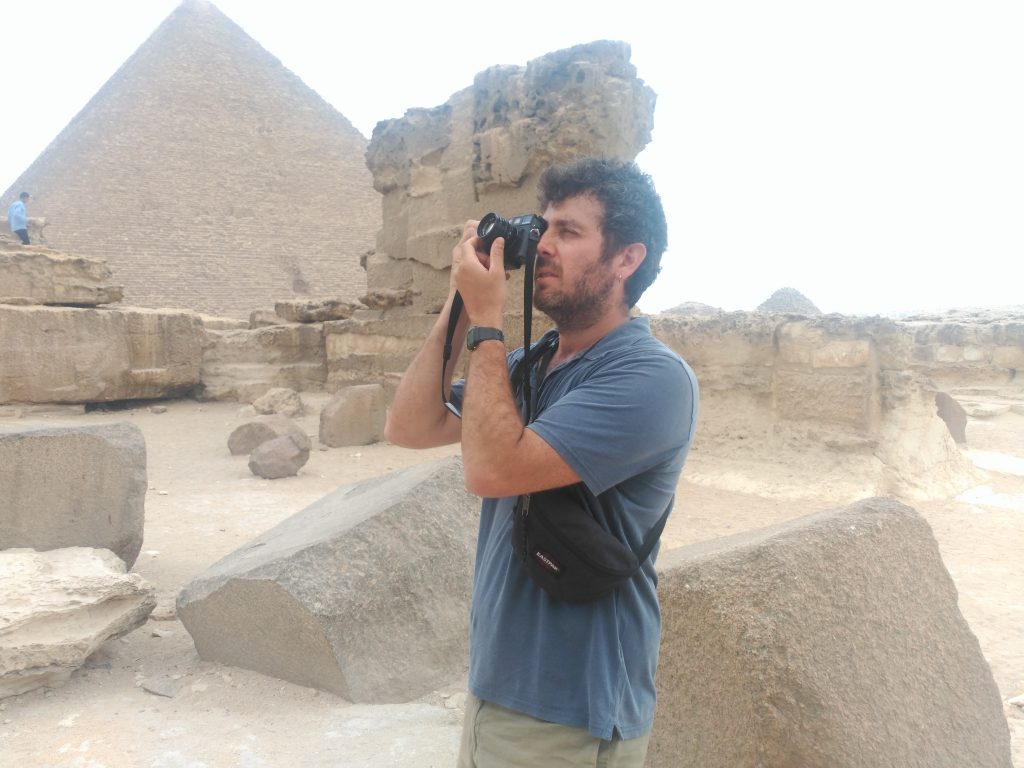 Albert Triviño Massó is an experimental filmmaker, teacher and film programmer. Bachelor of Art History from the Universitat Autònoma of Barcelona and Experimental Film from the University for Creative Arts (United Kingdom), he also holds a Master in Management and Production of Exhibition Projects by Elisava (Barcelona).

Since 2006 he has participated in several exhibitions and festivals in London, Barcelona and Toronto, winning in 2010 the BCN Producció prize awarded by the Barcelona City Council and participating in the Xcèntric festival of the CCCB that same year.

His artistic-filmic practice is characterized by the anti-iconic treatment of the image and by the production of a work that goes from painting and photography, to video installation, super 8, 16 mm and documentary. In this last field he has specialized in archaeological documentary.

He currently works as coordinator and programmer at the Zumzeig Cinecooperativa cinema in Barcelona.