Spanish co-Director of the Mission and epigraphist 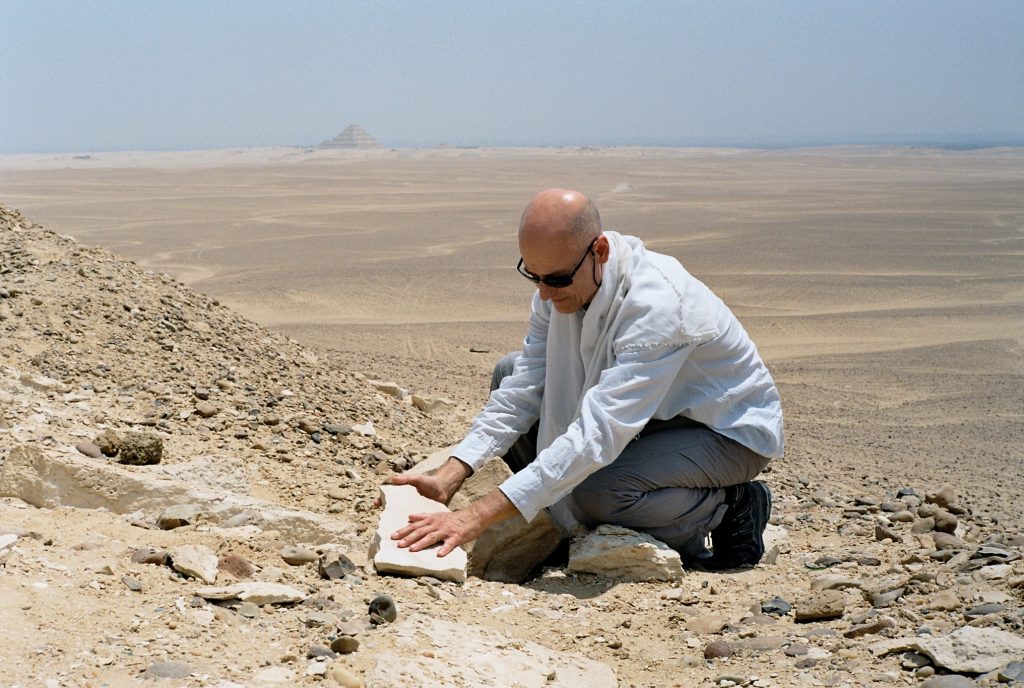 Josep Cervelló Autuori is a lecturer of Egyptology at the Department of Sciences of Antiquity and the Middle Ages of the Universitat Autònoma de Barcelona (UAB). He received his PhD in Geography and History (Prehistory and Ancient History) from Universitat de Barcelona (1995). Since 1992 he is a researcher and lecturer at the Institut d’Estudis del Pròxim Orient Antic (IEPOA) of the UAB (Institute for Ancient Near Eastern Studies). Since 2015 he is the Director of this Institute.

Since 1992 he teaches language and history of Ancient Egypt in undergraduate, Master and PhD programmes at the UAB. In 2009 he promoted the creation of the Master’s Degree in Egyptology of the UAB ─the sole official program devoted to this discipline in the Spanish speaking world─ of which he is coordinator and a professor. Since 2013 y 2018, respectively, he gives two MOOCs in the Coursera-UAB platform: “Egiptología” and “Iniciación a los jeroglíficos egipcios”, the former together with Dr José Lull. He has supervised 9 PhD theses in Egyptology and currently he supervises other 6. Since 1991 to the present he has made several short stays for training, teaching or researching in different European, Latin-American and Egyptian universities and centres. He directs the specialized Egyptological series Aula Aegyptiaca-Studia, published by the UAB Press.

He is a specialist in the formation and the oldest times of the Egyptian civilization. In his research career two main phases can be distinguished. During the first one, which starts in 1992, the man issue dealt with was the African contextualization of Egyptian civilization, to which he devoted his PhD thesis (published) and several papers.

The second phase, which starts in 2002 and continues to the present, has as a common denominator the epigraphic and historical work in relation to three types of Egyptian written sources: a) royal inscriptions of the origins and the Archaic Period (first dynasties); b) inscribed material coming from the necropolis of Kom el-Khamaseen (Saqqara), dated to the end of the III millennium BC; and c) the Pyramid Texts of the Old Kingdom. The research related to the latter two themes has been and is carried out within the framework of projects funded by the Spanish Government, the Autonomous Government of Catalonia or Palarq Private Foundation (Barcelona), of which he has been and he is the principal researcher. To these three research lines should be added a fourth, purely philological, which has already resulted in a first book (see below). At present, he is the principal researcher of a Consolidated Research Group of the Autonomous Government of Catalonia: Grup d’Estudis sobre Egipte i el Pròxim Orient a l’Antiguitat (Study Group on Egyptian and the Near East Antiquity) and he is the Spanish co-Director of the Spanish-Egyptian Mission in South-West Saqqara: the Site of Kom el-Khamaseen and Surrounding Area.