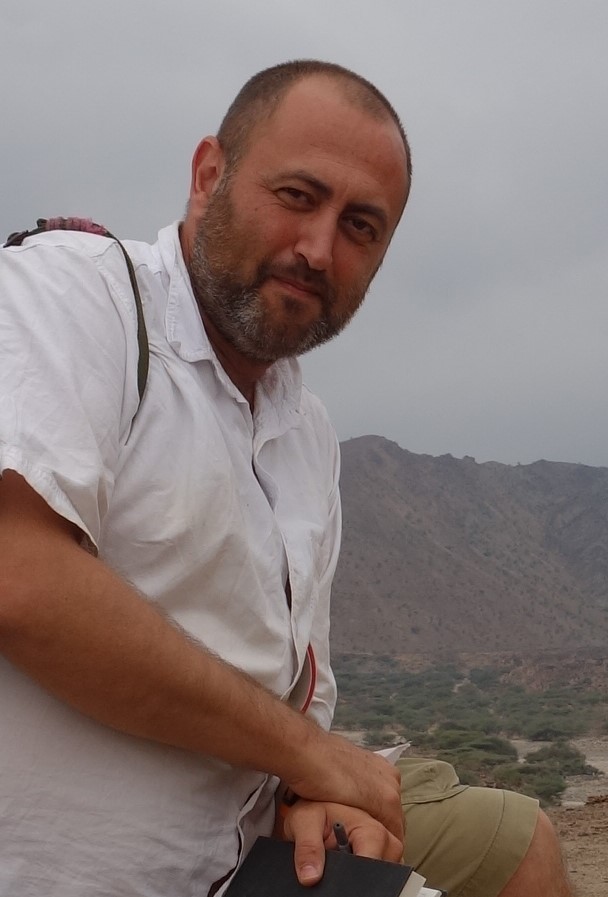 Oriol Oms Llobet is associate professor and head of the Stratigraphy Unit of the Geology Department at Universitat Autònoma de Barcelona (UAB, Sciences Faculty). He got his PhD in Geology at UAB in 1998. As specialist in sedimentary geology has been involved in several projects dealing with the stratigraphic record from several geological ages and depositional environments. Has been the Principal Investigator of 4 Research Projects and has been cooperating in over 20 more.

His research has been carried out in European basins from Spain, France, Portugal, Italy, Georgia (Caucasus, Asia), Tunisia and Eritrea (Africa), among others. His geoarqueological investigations include issues such as raw materials provenance, stratigraphy, sedimentary processes and magnetostratigraphy. His most referred works deal with geoarqueology of several Pleistocene arqueo/paleontological sites such as those From Barranco León of Fuente Nueva 3 (Guadix-Baza basin, Andalusia), Buia (Eritrea) or Dmanisi (Georgia, Caucasus). He has been advisor of 8 PhD thesis and his research works have been published in more than 100 works, including issues of Nature, PNAS, Journal of Human Evolution, Scientific Reports, Archaeological and Anthropological Sciences, Quaternary Science, Review, Journal of Quaternary Science etc.

He joins the Kom el-Khamaseen project in 2022. His duties in the project deal with the study of the sedimentary context of the site (stratigraphy, sedimentology, forming processes etc.) together with the regional geology.