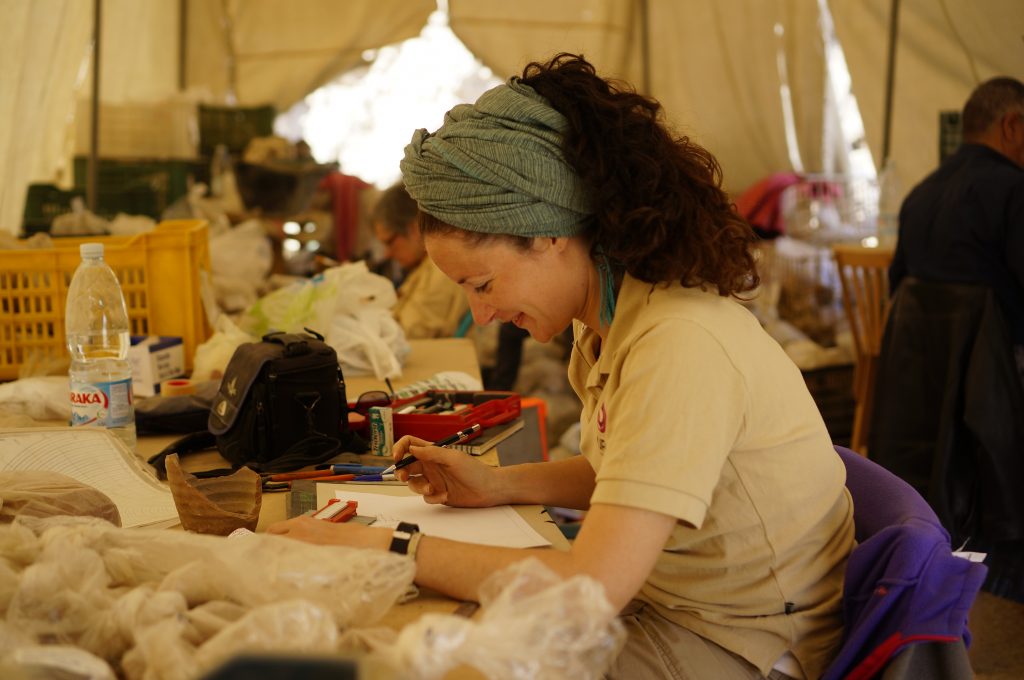 Zulema Barahona Mendieta holds a PhD in Egyptology from the Universitat Autònoma de Barcelona (IEPOA – UAB), a Master’s degree in Egyptology from the same university and a degree in Archaeology and Ancient History from the University of Alicante. She currently holds a María Zambrano international talent attraction contract at the UAB and is an associate researcher at the Sorbonne University (Paris IV, Labex-RESMED, UMR 8167, Mondes Pharaoniques, Orient & Méditerranée). She has also been a postdoctoral researcher at the University of Basel (Switzerland) with a research contract associated with the project “Histories of life of the Theban tombs” and funded by the Swiss National Science Foundation. Since 2019, she co-directs the research project at the IFAO “Les céramiques thébaines: échanges et réseaux économiques” and since 2021, she co-directs the research programme at the IFAO “Arts du feu: six millénaires d’artisanat du feu en Égypte (IIIe millénaire av. J.-C. – époque contemporaine)”.

His professional archaeological experience has been developed in many sites in Spain and Italy and several stays in Cairo at the Institut Français d’Archaeologie Oriental (IFAO) have led her to specialise in Ancient Egyptian ceramics. This specialisation is materialised with his professional participation in various archaeological missions and research projects in Egypt since 2010, such as the archaeological missions in the temple of Coptos, the temple of Ptah in Karnak and the necropolis of Qurna (Upper Egypt), Taposiris Magna – Plintine (Alexandria), Bahariya (Western Desert) or Wadi Araba (Eastern Desert). He is currently a member of different archaeological and research projects such as “Proyecto Djehuty” (CSIC); “Proyecto TT209” (Universidad de La Laguna); “Proyecto Medamud” (Universidad de La Sorbonne – IFAO) and the European project DEchriM (MF vitenskapelig høyskole de Oslo).

His doctoral thesis, for which he was awarded the “Extraordinary Doctoral Prize”, dealt with the study of the pottery preserved from the ancient excavations at the temple of Medamud, as well as the interpretation of its archaeological context and the historical re-examination based on these elements. This same theme, the study of pottery in its archaeological context as a historical document (from the Old Kingdom to the Byzantine period) has been reflected in his publications in some of the most important scientific journals in Egyptology such as JARCE or BIFAO, but also in other specialised journals such as BCE, CCE, AUC Press Archaeological Reports, as well as in scientific congresses and meetings.

He has also given many lectures on ancient Egypt as well as several seminars and courses on Egyptian ceramics in both national and international institutions.