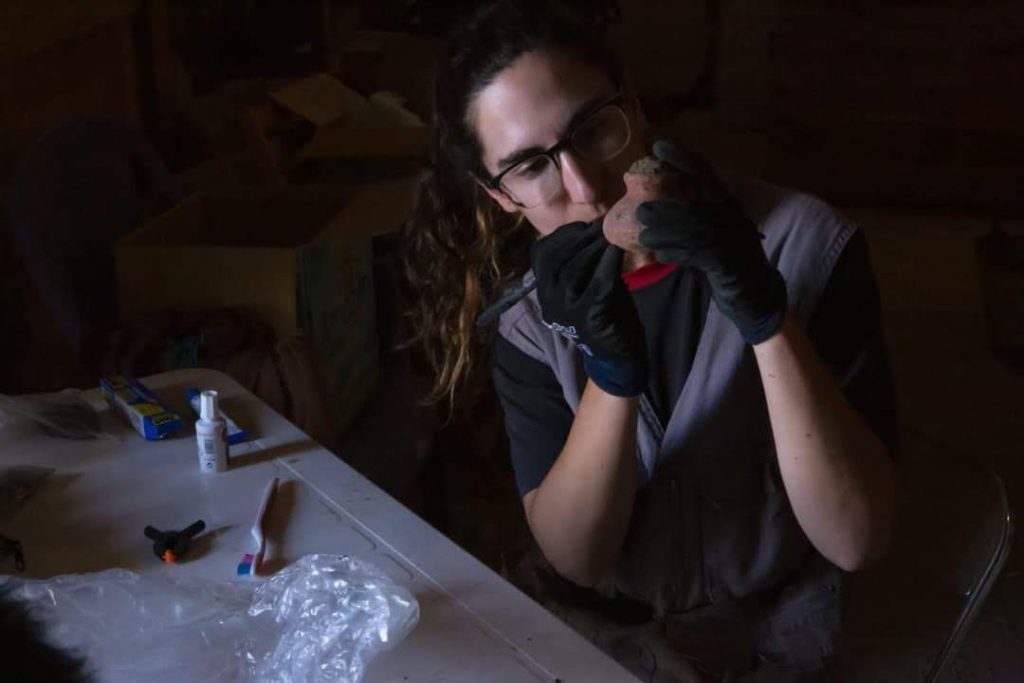 She is currently a PhD student in Egyptology at the UAB. The title of her thesis is: Iconography and material reality of pottery in ancient Egypt”, a project devoted to the comparative study of Egyptian pottery in different periods, under the supervision of Dr Zulema Barahona Mendieta.

Her activity has focused on archaeological projects, especially in the Iberian Peninsula (until 2019), such as the Visigothic site of Castillón (Zamora) or the Talayotic site of Ses Païses (Mallorca). She has participated in different projects of archaeological conservation and restoration, such as the protection plan of the wall city of Cáceres commissioned by the Junta de Extremadura.