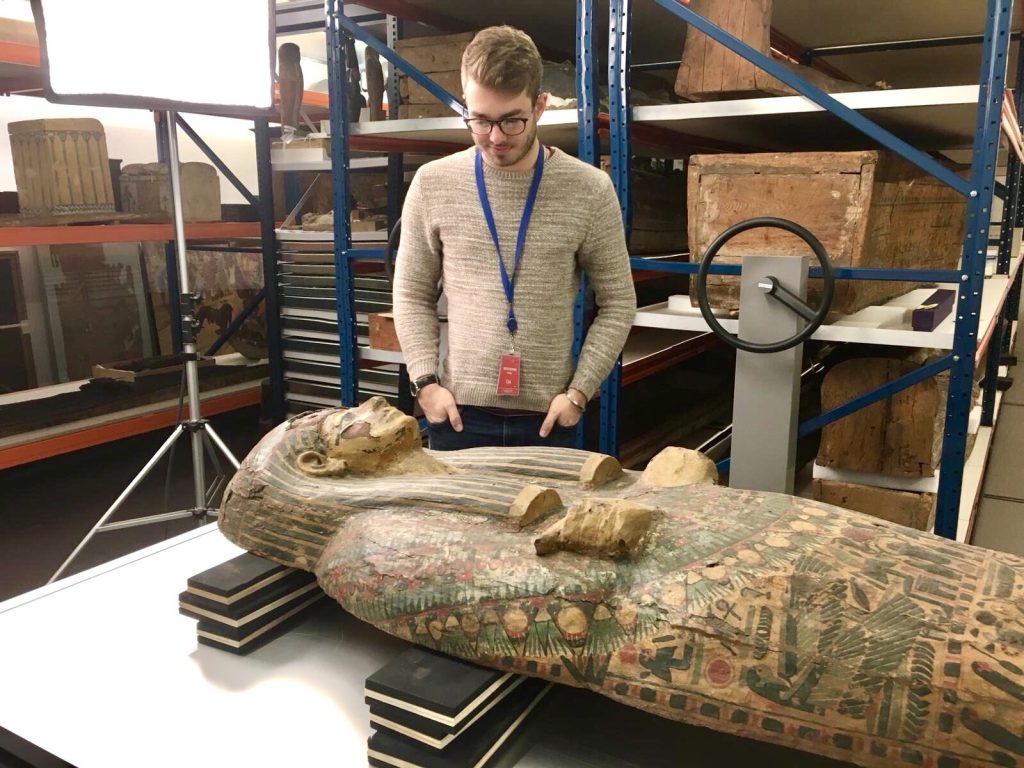 Before embarking on his PhD, Jaume completed three research interships at teh Egyptian collections of the Musée du Louvre (Paris), the Museo Egizio (Turin) and the Musei Vaticani (Vatican City). He is currently a research member of the Vatican Coffin Project, an international project dedicated to the study of the yellow coffins produced during the Twenty-First Dynasty.

In 2019, Jaume started his PhD in Egyptology at the Università degli Studi di Napoli Federico II (Naples). His research focuses on non-stola yellow coffins preserved at the Museo Egizio. His primary research objective is to investigate the relationship ahd functioning between texts and iconography depicted on the objects in order to study the workshops of the period, as well as the technical and material aspects. This research also touches upon the religion and funerary world that characterizad the Third Intermediate Period.