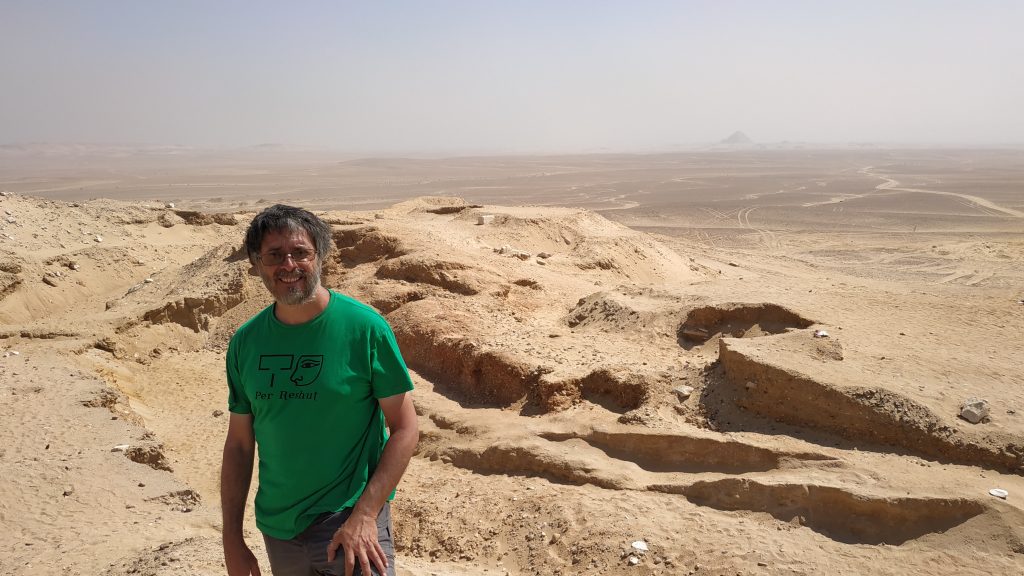 Since 2002 he has been giving lectures and courses in Egyptology (academics and cultural dissemination) both in national university centres and in institutions and companies dedicated to the teaching of History. Since 2010 he has been a professor of the Master’s Degree in Egyptology at the UAB, and since 2015 professor of the Postgraduate Diploma Online in Ancient Egypt: Spaces, languages, identities. He has supervised one PhD dissertation in Egyptology and currently he supervises other four. He has made several research stays at European and Egyptian universities.

He specializes in gender studies in Egyptology. His main line of research is sexual relations in ancient Egypt, the topic of his PhD dissertation. He also works on topics such as women, the puberty’s rites of passage, and the ages in ancient Egypt. He has participated in numerous conferences, both national and international, and has several publications in journals and specialized monographs.

He has participated in several Egyptology-related research projects.

He holds a wide experience as an archaeologist in prehistoric, Iberian and Roman sites in Catalonia, and works in archaeological laboratories.